How to Become a Hospital CEO

View all blog posts under Articles 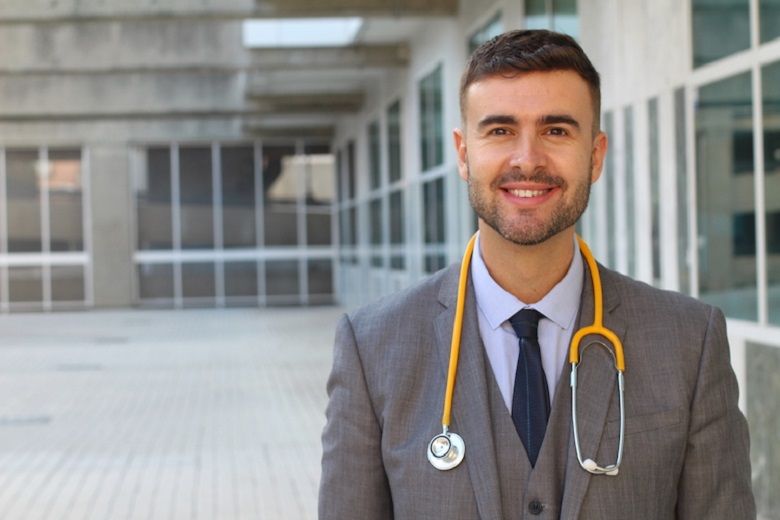 Hospital CEOs serve as the bridge that connects the healthcare organization’s present with its future. At a time of tremendous transition for healthcare providers, guiding a hospital toward a prosperous future requires a diagnostician’s ability to identify the problems that threaten the organization’s future, a practitioner’s ability to determine the best approaches for addressing those problems and a therapist’s ability to motivate staff to implement the solutions as quickly and effectively as possible.

As with all leadership positions, the chief executive officer’s success depends on being able to build strong relationships and communicate to everyone in the organization a single, unified vision of their shared future. The path to becoming a hospital CEO begins by developing world-class problem-solving skills, which in turn requires an oracle’s ability to divine the future and a motivational speaker’s ability to inspire everyone in the organization to realize their goals today and in the future.

What Does a Hospital CEO Do?

The primary responsibility of a hospital CEO is to manage the implementation of the organization’s short-term and long-term strategic plans. The CEO approves the budget, manages risk and communicates to the hospital board the status of all hospital operations. The CEO must stay up to date on changes in the healthcare industry to ensure key decisions are properly informed and to serve as a resource for managers and board members.

In an article on Becker’s Hospital Review, Molly Gamble digs deep to uncover the activities and skills that make a hospital CEO extraordinary. To become a hospital CEO who rises far above the standard takes the ability to “objectively self-assess themselves and their organization,” according to a CEO quoted by Gamble. Overconfidence can be a hospital CEO’s worst enemy. Hospital CEOs must also ensure consistency in the leadership team to prevent rogue senior managers from varying from standardized procedures.

What Characteristics Must Hospital CEOs Possess?

The first step in learning how to become a hospital CEO is to determine the capabilities that healthcare organizations prize the most when choosing a CEO.  According to a survey conducted by the Health Research Educational Trust, the skills most in demand for hospital CEOs are knowing how to manage change and being able to collaborate with a growing range of stakeholders.

Two key traits that successful hospital CEOs possess entail people skills. First, the CEO needs to consider the tremendous impact changes in the healthcare industry have on employees. A misapprehension of many CEOs is that their most capable, highest performing workers will have the easiest time adapting to new processes, technologies and procedures. In fact, these employees often struggle the most to respond to change.

The second important people skill in the hospital CEO arsenal is enforcing performance expectations for employees at all levels of the organization structure. All employees must understand the job performance expected of them, and that expectation must be communicated from the top, regularly and consistently. A mistake some hospital CEOs make is delegating responsibility for job performance, but doing so can result in employees losing sight of the shared organizational vision.

Steps to Becoming a Hospital CEO

As with most professions, reaching the chief executive officer role in a hospital or other healthcare setting begins with a bachelor’s or master’s degree in a health-related field, business administration or public administration. The U.S. Bureau of Labor Statistics (BLS) notes that top executives often rise through the ranks of an organization from low-level management positions. However, companies also hire CEOs and other executives from outside the organization.

In addition to extensive managerial experience, candidates for hospital CEO positions are expected to have a strong background in a healthcare specialty. Successful CEOs are adept at conflict resolution, which is where their people skills come into play once again. Forbes contributor Christian Stadler points out that the complexity of modern organizations, including hospitals, leads many companies to choose CEOs who have experience working in an operational capacity, for example as a chief operating officer or a chief technology officer.

One reason hospitals tend to find their CEOs within the ranks of the organization is the growing complexity of the healthcare industry. As Stadler notes, board members often require that CEOs have an intimate understanding of their operation. It would be difficult for otherwise suitable CEO candidates from outside the company to match the insight into the organization that an internal candidate would bring to the position.

A study published in the journal Clinical Orthopaedics and Related Research found that the annual compensation of hospital CEOs increased by 93% in the period from 2005 to 2015, growing from an average of $1.6 million to $3.1 million in the decade. While this level of salary increase for hospital CEOs cannot be expected to continue, the ongoing trend of “value-based care” and emphasis on operational efficiency will keep salaries for hospital CEOs and other top healthcare executives on the upswing.

In addition to coming from an operations background, the skills that can affect a hospital CEO’s salary include experience with strategic development and business development, and possessing a Master of Health Administration (MHA) degree such as that offered by Duquesne University. Duquesne’s online MHA program offers instruction from faculty who are internationally recognized as leaders in their field. Students take classes as their schedule allows, and they are awarded a degree from a top-rated research-based institution.

Consolidation in the healthcare industry has fundamentally changed the role of hospital CEOs. In the past, when independent hospitals were acquired by a healthcare organization, the CEO of the acquired hospital retained much independence, similar to the way a holding company operates. Now the industry is moving toward an operating company model, which transfers responsibility for marketing, finance and other areas in this scenario to the parent organization.

One result of this change is a broadening of the CEO’s roles at formerly independent hospitals, as well as the roles of CEOs at the healthcare institutions that buy those hospitals. Today, CEOs are constantly adapting to changing conditions: in healthcare technology, markets, regulations and especially in meeting the ever-changing needs of patients, caregivers and health administrators.

The BLS Occupational Outlook Handbook forecasts 8% growth in hiring of top executives between 2016 and 2026, which is on par with the 7% growth rate predicted for all occupations in the period. However, the BLS expects competition for CEO positions in all industries to intensify because of the high salaries and the prestige that CEOs receive.

One way to gain a competitive advantage in becoming a hospital CEO is by earning an online MHA degree from Duquesne University, home of the John G. Rangos, Sr. School of Health Sciences. RSHS students have the opportunity to participate in research projects related to demographics, community engagement and other health-related topics.

Laying the Foundation for a Career as a Hospital CEO

The pace of change in the healthcare industry shows no signs of slowing and may in fact be picking up. The only way to manage in an environment of constant change is by learning constantly so you can keep up with trends in technology, in public policy, in healthcare professions and in patient demographics. The path to becoming a hospital CEO begins by laying a solid educational foundation through a program such as the Duquesne online MHA degree. Find out more by visiting the online Master of Health Administration page.

Improving Your Work Environment as a Nurse

American Hospital Association, “Hospitals and Care Systems of the Future”

Becker’s Hospital Review, “5 Things the Most Extraordinary Hospital CEOs Do”

Becker’s Hospital Review, “5 Things Nobody Told Me Before I Became a CEO”

Becker’s Hospital Review, “The Most Important Thing a CEO Does”

BoardEffect, “The Role of the CEO for Healthcare Industries”

Clinical Orthopaedics and Related Research, “The Growing Executive-Physician Wage Gap in Major US Nonprofit Hospitals and Burden of Nonclinical Workers on the US Healthcare System”

Forbes, “How to Become a CEO: These Are the Steps You Should Take”

Health Research & Educational Trust, “Building a Leadership Team for the Health Care Organization of the Future”