Medicare vs. Medicaid: A Guide to Understanding the Differences

View all blog posts under Articles 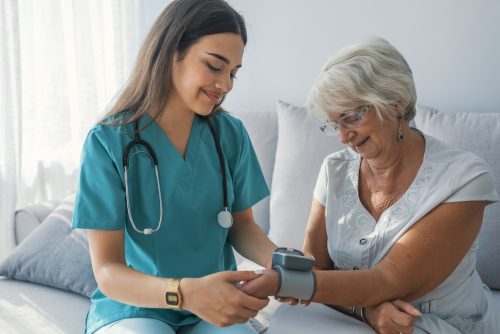 In the United States, 92% of people had health insurance coverage for all or part of 2019, according to the U.S. Census Bureau. Additionally, the Census Bureau reports that the percentage of individuals who were uninsured at some point during the year was 8%, or 26.1 million.The lack of health insurance coverage is due to several reasons. Many individuals may not have or be able to obtain health insurance through their employers. Others may not be able to afford out-of-pocket private health insurance. They may also not meet the specific income thresholds and other requirements to obtain subsidized insurance options.Another possibility, though, is that individuals may be unaware of the health insurance options that are potentially available to them, such as Medicare and Medicaid. These U.S. programs have helped to provide insurance to millions who meet certain requirements, such as income and age. Both programs have been immensely beneficial to participants, but those interested in enrolling may not be aware of the differences between the programs, if they qualify, and how to obtain coverage.

Medicare is a widely used health insurance program that the U.S. government offers. Program benefits can help to cover specific health costs and conditions. The program isn’t available to all Americans; however, many people may be currently eligible or soon to be eligible for coverage.

According to the official Medicare website, Medicare is a federal health insurance program for individuals age 65 and older, as well as some younger individuals who have certain disabilities and conditions, such as end-stage renal disease (ESRD). Individuals who have Medicare may also currently have or be eligible to obtain additional health insurance, such as through their employers or private options. Medicare has existed since 1965, when then-President Lyndon Johnson signed the Medicare bill into law, according to Time. The law was meant to provide a more affordable, widespread means for senior citizens to obtain health coverage. Unlike Medicaid, the National Academy of Social Insurance explains that Medicare funding comes from individual payroll taxes, as well as potential premiums or Social Security check deductions, depending on the type of Medicare service an individual receives.

The most common qualification for Medicare is age. Upon turning 65, an individual is required to enroll in Medicare (but not Medicaid), although certain exemptions or situations may apply in which that enrollment can be delayed. For example, AARP notes that “as long as you have health insurance from an employer for which you or your spouse actively works after you turn 65, you have the right to delay enrolling in Medicare until the employment or the coverage stops (whichever happens first).” Following that point, individuals have a special enrollment window after they turn 65 in which no late penalties can be incurred, AARP notes. Individuals who are under 65 can qualify for Medicare if they’ve received Social Security disability benefits for two years or have ESRD or amyotrophic lateral sclerosis (ALS), according to the Center for Medicare Advocacy, which also notes that individuals with ESRD become eligible three months “after a course of regular dialysis begins or after a kidney transplant.” Individuals with ALS can become eligible as soon as they collect disability benefits from Social Security.Additional conditions that may make a person younger than 65 eligible for Medicare include dementia, mental illness, Alzheimer’s disease and multiple sclerosis.

The primary types of healthcare options and coverage offered through Medicare are Medicare parts A, B, C, and D. These four options are a primary difference between Medicare and Medicaid.

Medicare Part A covers inpatient hospital care, nursing facility care, hospice care, and home health care. What services individuals can receive under Medicare can vary depending on where they live in the United States, as well as what national coverage and benefits are available at a certain time. For example, a person living in one state may receive a more extensive type of health coverage under Medicare Part A than someone living in a different state. In some years, national coverage decisions may be more expansive or condensed than in previous years.

Medicare Part B covers both medically necessary services as well as preventive services. Medically necessary services are those “that are needed to diagnose or treat your medical condition and that meet accepted standards of medical practice,” Medicare’s website notes. For example, a doctor can consider a wheelchair a necessary medical service. Preventive services include healthcare to prevent, detect, and address conditions at an early stage, such as seasonal flu shots.

Medicare Part C, or Medicare Advantage Plans, is a health insurance program that covers all the benefits available in parts A and B, but is offered through a private health insurance partner. Depending on what plan or partner an individual obtains Medicare Part C with, the specific out-of-pocket costs can vary. However, Medicare Part C can also offer additional benefits to what parts A and B offer, such as vision, hearing, dental, and/or health and wellness programs, according to the U.S. Department of Health and Human Services.

Medicare Plan D covers prescriptions, such as brand-name and generic medications, depending on a plan’s specific guidelines. “All Medicare drug plans generally must cover at least 2 drugs per drug category, but plans can choose which drugs covered by Part D they will offer,” according to the Medicare website. Medicare Part D plans may also be included as part of Medicare Part C programs.

Like Medicare, Medicaid is a health coverage program that can help individuals to obtain necessary health services. However, the two types of coverage have notable differences.

Medicaid is a federal and state health insurance program that can provide coverage to individuals who are of low economic means, as well as other groups, such as pregnant women, elderly adults and people with disabilities. Medicaid was established in 1965 when then-President Lyndon Johnson signed the program into law.

Qualifications and Income Thresholds for Medicaid

According to the Medicaid website, the income eligibility model changed under the Affordable Care Act (former President Barack Obama’s healthcare law) and is based on modified adjusted gross income (MAGI). Specific income thresholds for Medicaid can vary by state. However, PolicyGenius notes that “if you make less than 100% to 200% of the federal poverty level (FPL) and are pregnant, elderly, disabled, a parent/caretaker or a child, there’s likely a program for you. And if you make less than 133% of the FPL, there’s possibly a program for you.”

The two types of benefits offered through Medicaid, similar to Medicare’s benefits, are mandatory and optional. Mandatory benefits are those which the federal government requires all states to offer to Medicaid beneficiaries. These include inpatient and outpatient hospital services, home health services, laboratory and X-ray services, and transportation to medical care. Optional benefits are those that can be provided by a state if it so chooses to offer them. These optional benefits can include prescription drugs, eyeglasses, occupational therapy and dental services, according to the Medicaid website. For example, a person living in one state may receive mandatory and optional benefits under Medicaid. A person residing in another state may only obtain mandatory services, but not optional ones. A person residing in a third state may not qualify for Medicaid at all, despite being potentially eligible by earning that same income while residing in a different state.

The Children’s Health Insurance Program (CHIP) is a program that provides “health coverage to eligible children, through both Medicaid and separate CHIP programs,” according to the Medicaid website. States also have the ability to create a “Basic Health Program” underneath Medicaid that can help those who may be of lower economic means and whose income may rise and dip below Medicaid’s requirements.

“Consistent with the statute, benefits will include at least the ten essential health benefits specified in the Affordable Care Act,” according to the Basic Health Program’s website. “The monthly premium and cost sharing charged to eligible individuals will not exceed what an eligible individual would have paid if he or she were to receive coverage from a qualified health plan (QHP) through the Marketplace.”

Differences Between Medicare and Medicaid

Both Medicare and Medicaid are beneficial programs that can help individuals in need of health coverage and services. Still, people need to acknowledge and understand the important differences between these programs.

The primary differences between Medicare and Medicaid qualifications are age and income. Medicare is generally for individuals age 65 and older, although additional qualified individuals under that age may be eligible for benefits. Medicaid is mostly a program driven by how much one earns and is intended more for lower-income individuals, regardless of age.

Both Medicare and Medicaid can provide a range of healthcare benefits to recipients. All Medicare enrollees automatically receive Medicare parts A and B, which cover hospital and medically necessary services, although they may also be able to obtain parts C and D if they wish. However, states must provide certain required Medicaid benefits under federal guidelines, but states may also choose to provide additional services to Medicaid residents.

Individuals can qualify for both Medicare and Medicaid simultaneously in some situations. For example, if they’re age 65 or older but also below a certain income threshold, they may meet the eligibility requirements for both programs. This may prove beneficial to some enrollees, as being included in both programs may provide a broader range of services than enrolling or participating in just one. However, there can be other situations where it may not be beneficial to enroll in both Medicare and Medicaid, even if a person qualifies for both. For example, a person with a certain disability or chronic condition may meet the additional requirements for Medicare and pay a monthly premium in turn. This may be unnecessary, though, if that person already receives all necessary health services through Medicaid. Additionally, because Medicaid requirements vary by state, individuals may be dual eligible in some states but not in others.

Medicare requires that enrollees pay a monthly premium for Part B, often $144.60 but more depending on an individual’s or a household’s income, according to the Centers for Medicare and Medicaid Services. Medicare beneficiaries will also pay deductibles if they need to use hospital benefits. For Medicaid recipients, there can be either no monthly premium or generally much smaller monthly amounts. Out-of-pocket costs and deductibles can vary individually by state, and amounts themselves can vary with income, according to the Medicaid website.

Both health insurance programs are beneficial to millions of individuals living in the United States. For those who are interested in using  Medicare and Medicaid, they need to understand the services that each program provides, as well as the specific differences between each healthcare initiative.

Learn More About Our Online MHA Degree
Request Information
X
X
Request More Info
This will only take a moment.