Skip to main content
X
Request More Info
This will only take a moment.

Chair for the Department of Health Administration and Public Health 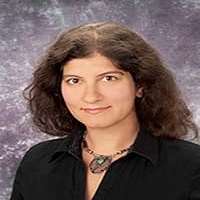 Dr. Linkov is a multidisciplinary researcher with research interests in molecular epidemiology, cancer, prevention, health systems research, global health, scientific communications, and research productivity. In the area of molecular epidemiology, her work focused on the use of biological tumor markers to detect malignancies at early stages and on the link between obesity, biobehavioral factors, and cancer. Dr. Linkov’s longitudinal investigations have made significant contributions to the emerging view that intentional weight loss may play a significant role in the prevention of malignancies and normalization of aging associated biomarkers, especially through inflammatory pathways.

Dr. Linkov has been also focusing on the development of improved patient-centered approaches for translating scientific knowledge about disease prevention into clinical practice. With the support of Beckwith Foundation, she developed several projects focusing on health services research, which involved patient stakeholders. These efforts resulted in several important publications in the area of hysterectomy pathways and the impact of healthcare algorithms on the quality of care.

Dr. Linkov’s interest in science education lead her to be one of the core developers of the Supercourse of Science project at the Library of Alexandria in Egypt. This effort focused on expanding teaching efforts in the developing countries in four key areas, including Global Health, Agriculture, Environmental Science, and Engineering. Because of her concern about low scientific productivity in the developing world, she became the founding editor in chief of the Central Asian Journal of Global Health (cajgh.pitt.edu), the journal envisioned to provide publishing opportunities to scientists in the developing world.

Dr. Linkov’s research career has been extremely productive with over 100 original research publications and reviews. She has been a recipient of multiple grants and awards, including a Mentored Research Award from the American Cancer Society, Phi Beta Psi Sorority Foundation Department of Defense, Scaife Foundation, CDC, Hillman Foundation, USAID, Government of Kazakhstan, and NATO.