Guide for Teens, Educators and Parents 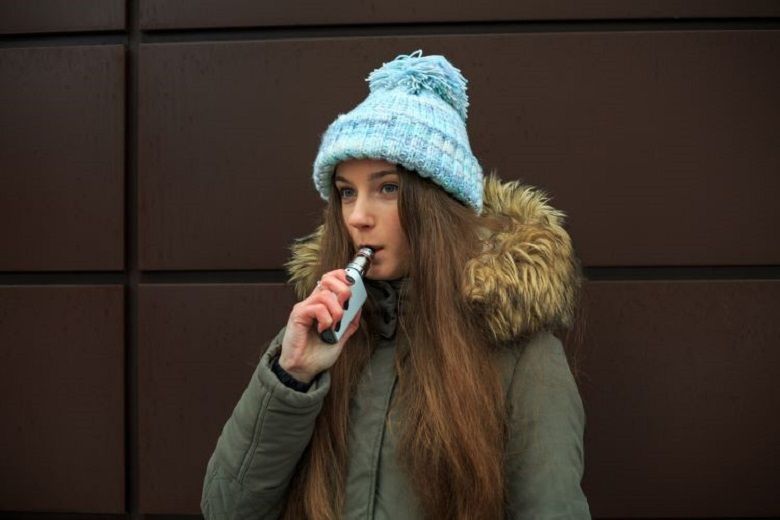 According to the Pew Research Center, preliminary data from the Monitoring the Future (MTF) survey has shown that the growth rate of vaping and marijuana usage among college students from 2017 to 2018 was among the greatest “one-year increases for any substance asked about since the survey was first administered in 1975.”

This increased vaping among high school students and teenagers has raised an important question among parents, educators, and health professionals: Is vaping safe? While vaping has been presented as a potentially healthier alternative to smoking cigarettes and using tobacco products, it’s a relatively new phenomenon. Medical consensus has been lacking about vaping’s health risks and how they impact teenagers and young adults now and throughout their lives.

This guide will provide helpful information to teens, educators, parents, and healthcare professionals regarding vaping and its health risks and what these individuals can do to address and prevent any potential health conflicts that vaping may cause.

The Consumer Advocates for Smoke-free Alternatives Association details an extensive history of electronic cigarettes, with their rise in popularity occurring in the mid-2000s. Around this same time, global health communities became concerned with the potentially harmful effects of these devices. Even with e-cigarettes’ rise in popularity, many people don’t fully understand what vaping is.

Writing for NBC News, Paul Richards notes how all e-cigarettes contain similar components, such as an atomizer, a lithium battery and a cartridge that contains nicotine. An atomizer vaporizes the liquid in a specific vaporizer: the device that’s used to perform the act of vaping.

“An atomizer heats the liquid (often called ‘e-juice’) to its boiling point and that becomes vapor you can inhale. That is why smoking e-cigarettes is often called ‘vaping,’” Richards notes.

People who use vaping devices can still mimic the act of smoking a cigarette, cigar or other tobacco product. Therefore, vaping is safer in some people’s eyes than smoking, as users still receive the nicotine through the act but without harming the lungs like smoking a traditional cigarette.

Answering the question of what is vaping also requires that people know about the many different types of vaporizers and e-cigarette devices.

E-cigarettes can be similar in size and shape to actual cigarettes. According to the Centers for Disease Control and Prevention (CDC), “E-cigarettes produce an aerosol by heating a liquid that usually contains nicotine.” The vapor that an e-cigarette produces can also be flavored.

Some e-cigarettes are disposable: users buy them and then dispose of them when their batteries die or they’re no longer functional. Rechargeable e-cigarettes enable users to recharge and reuse the devices on numerous occasions, such as by plugging a device into a computer’s USB port.

Vape pens and personalized vaporizers are also popular devices for vaping. These options allow for adjustment of nicotine levels, as well as the type of liquids they use. These devices can also be used to vape other materials. The Center on Addiction notes that “some people use these devices to vape THC, the chemical responsible for most of marijuana’s mind-altering effects, or even synthetic drugs like flakka,” a drug known to cause hallucinations in its users.

The Center on Addiction also notes the extraordinary rise of Juul e-cigarettes. According to the Truth Initiative, citing data from a research letter by the CDC, sales for these vaping devices increased 641% from 2016 to 2017. Users can select from different types of Juul pods that range in nicotine level and flavor. While vaping liquids for many vaporizers may only be available at certain stores and locations, Juul devices and pods are often sold at gas stations and convenience stores.

According to the National Institute on Drug Abuse, “E-cigarettes are popular among teens and are now the most commonly used form of tobacco among youth in the U.S.,” thus causing teens to be highly susceptible to the effects of vaping. The institute notes that vaping can be an introductory product to teens to use other types of tobacco products.

Health Effects of Vaping on Teens

Many parents and teens are still unaware of vaping’s health impacts. Although marketed as a safer alternative to using traditional tobacco products, as well as a cigarette cessation method, vaping can have significant health risks.

Because users still receive nicotine from vaping, they’re prone to the negative health effects of vaping. Healthline notes that “nicotine is addictive, which is especially dangerous for teens whose brains are still developing.” Beyond possibly causing nicotine addiction, vaping can generate effects such as increased heart rate and blood pressure, notes the National Institute on Drug Abuse.

The CDC describes how adolescent nicotine use can harm the brain and the parts that control “attention, learning, mood and impulse control.” While one teen’s experience from vaping may differ from another’s, nicotine’s potential impact on teens’ attention and learning abilities may also impact how they perform in school and academic settings.

Although vaping is perceived by some as a safer alternative to using tobacco products, there’s been a recent rise in the number of vaping-related deaths. The CDC notes that as of October 15, 2019, nearly 1,500 “lung injury cases associated with the use of the e-cigarette, or vaping, products have been reported to CDC from 49 states (all except Alaska), the District of Columbia, and 1 U.S. territory.” However, more research is needed to determine the specific causes of ailments.

In September 2019, CNN reported on a teen whose lungs were similar to a 70-year-old’s from vaping. Quoted in the article was Dr. Stephen Amesbury, a pulmonologist and critical care physician, who discussed the effects of vaping and said, “We’re finding these acute, severe illnesses, but there really isn’t enough vaping history to say what’s going to happen 10, 20, 30 years down the road.”

While vaping’s impacts on long-term health are still being researched, vaping itself can still lead to nicotine addiction and the use of other tobacco products. Teens who vape and use other tobacco products may be at risk of illnesses and ailments such as lung cancer, throat cancer, and heart disease.

Nicotine is a highly addictive substance and its ingestion can create negative mental and emotional effects for vape users. For individuals who ingest nicotine while vaping, they may be at risk of nicotine addiction symptoms, according to Healthline.

The National Cancer Institute’s Smokefree.gov website describes several symptoms of nicotine withdrawal, including feeling down or sad, having a slower heart rate, and changes in appetite or weight gain. Peer pressure may also play a role in a teen’s decision to start vaping or not seek resources to stop. In a story from NPR, one student noted how vaping was ”viewed as a cool, popular thing,’ among his peers.”

Vaping is a popular activity among teens and it continues to grow. However, there are tools and resources are available to help teens, parents and educators address vaping’s current and future harms.

Smokefree.gov offers various resources to help teens who want to quit vaping or to understand what vaping is. Smokefree.gov’s tips and methods for quitting vaping are similar to the steps that people can take when they’re trying to stop smoking cigarettes. Through Smokefree.gov’s resources, teens can understand how to manage their vape cravings, what specifically triggers their desire to vape, and how to address specific symptoms and impacts they may face during withdrawal periods. Specific tips that the website recommends are picking a quit date, focusing on a vape-free future, and surrounding themselves with supportive individuals.

The Truth Initiative also offers tools that can help teens to quit vaping. One tool is the This is Quitting text messaging program, in which teens can receive messages of support in their efforts to stop vaping. Teens need to text DITCHJUUL to 88709 to participate.

The Mayo Clinic describes how parents can help their teens stay smoke-free. These tips include setting a positive example by not smoking or vaping themselves, setting firm guidelines that vaping isn’t allowed, and taking addiction and their teens’ desire to vape seriously.

The Office of the U.S. Surgeon General’s Know the Risks: E-Cigarettes and Young People website also offers helpful tips to parents who wish to prevent or stop their children from vaping. The Tip Sheet for Parents from the website suggests that parents start a natural conversation with their children about the topic, as well as having information and answers at the ready. The Know the Risks website also provides tips for parents to help teens to restrict their e-cigarette use, as well as the benefits of visiting tobacco-free locations and ensuring that a teen’s school is tobacco-free.

Parents should be aware of the nicotine withdrawal symptoms (irritability, changes in mood) that teens may experience after quitting vaping. Understanding these symptoms can enable parents to be more supportive of their children and keep them safe from potential vaping health problems.

Vaping is an activity that teens can easily participate in. The age restriction for purchasing vaping devices can range from 18 to 21, depending on the state, although teens can still find ways to obtain these devices even if they’re underage, such as having an older peer or adult purchase one for them. This may make it difficult for some schools to enact procedures and policies regarding vaping on their campuses.

Educators can use a lesson plan from Scholastic and the National Institute on Drug Abuse to help teens and students understand the potential dangers of vaping. Additionally, teachers can serve as role models for teens regarding tobacco and vaping use. The American Lung Association provides a helpful template that educators can use to create a tobacco-free school campus policy, such as signage to indicate the school’s policy, as well as enforcement procedures for students.

Address and Manage the Harms of Vaping

The effects of smoking cigarettes have been disseminated for decades, but vaping’s potential health risks aren’t as well known. Teens who start vaping may do so under the impression that vaping is safe, despite the immediate, potential long-term health effects it can have on them. Teens, parents, and educators must understand vaping’s present and potential harms, as well as the best methods to support and help a teen who wishes to stop vaping.

X
X
Request More Info
This will only take a moment.